Almost one year ago to the date, the Supreme Court launched the National Judicial Data Grid (NJDG) for subordinate courts. This freely accessible public portal promised to be a huge step towards digitisation of court records. While the NJDG has made a huge amount of case data and aggregated statistics on the lower courts readily available, it has many steps to take before it achieves its goal of digitisation.

Digitisation is the process of converting information to a digital format. Digitizing information makes it easier to preserve, access, search and share. With respect to case records, a major part of digitisation is making all the orders from a case available on court websites. Both DAKSH and NJDG data show, cases in our country go through multiple hearings and stay pending before courts for an inordinately long time. For the average citizen involved in legal proceedings, having an official record of all orders passed through the course of their case is key to keeping them informed and understanding the legal process. From the point of the courts, making order sheets available online is integral to improve the overall efficiency and transparency of the system and to serve as a record for the future. The following fact gives us a taste of the state of digitisation of our case records – after checking 800 case records with 13,800 hearing dates on the e-Courts website for a magistrate’s court in Maharashtra, we found a mere 35 case records with a total of 86 order sheets available amongst them!

Another problem we found with online records is that sometimes written order sheets are scanned and uploaded. This defeats the idea of digitisation on many levels. Scanning of order sheets does not render them searchable or easily readable. Notations that are illegible on paper, remain illegible on the computer screen, leaving demystification of process a distant hope.

The above mentioned difficulties raises the question of the efficacy of these portals in the enhancement of access to justice.  Earlier this year, the Supreme Court recognised ‘access to justice’ as a fundamental right. Digital infrastructure of the courts is without doubt crucial to ensure justice does in fact, remain accessible to all.

To truly digitise court systems every single document used in legal processes and the courts needs to be made electronic, thus making them searchable and indexable. In addition all requisite forms should come with an option to file online, so there is a complete record of cases from their inception to their disposal, which litigants can access from anywhere.

While e-Courts and the NJDG are substantial steps in the growth and development of the judiciary’s computerisation, their existence by itself does not stand the digital infrastructure of the courts in good stead. We must remember that moving the mess from piles of files in dusty rooms to servers and screens is only movement and not improvement.

Ramya Tirumalai is working on the domain of legal-empirical research as an associate at Daksh. She has a B.A., LLB (Hons) from School of Law, Christ University, Bangalore. 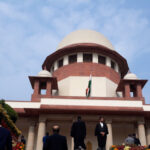