The COVID-19 pandemic has affected our lives in ways that we could not have imagined, changing the way we work and impacting various institutions around us. To combat the issue effectively, the judiciary in India is adopting important measures to embrace video conferencing for hearings. Recently, the Supreme Court passed an order requiring courts in the country to transition to video conferencing so that the delivery of justice is not disrupted. The Chief Justice had even stated that the ‘technology is here to stay’ indicating the intention of the apex court to make optimal use of the technology even after the pandemic. Since the early 2000s, video conferencing has been used in civil and criminal trials for certain kinds of witness testimonies and also in certain tribunals like the Income Tax Appellate Tribunal and National Green Tribunal. Given the recent expansion of video conferencing in Indian courts owing to the pandemic, there is a need to scrutinize the use of video conferencing in the judiciary in greater detail to ensure that it is used optimally in the future across the country.

– Attributes of a virtual court

So far video conferencing in Indian courts has been used for specific instances, for instance, during cross examination when the witness is out station or in bail cases when the accused is in jail. In these instances, the use of video conferencing saves time, cost and money. However, it is important to keep in mind that the use of video conferencing in the judiciary should be designed keeping in mind the courts’ obligation to provide equitable and effective justice. To enhance the use of video conferencing in the system, it would be essential that the court did not look like an online team meeting in a regular office. Given how important the physical setting of a court is to the conduct of trials, virtual courts should as far as possible resemble a physical court. Such an architecture will make the various participants i.e. lawyers, witnesses, and accused feel comfortable about conducting proceedings online. The arrangement of the screen should mimic a courtroom setting as far as possible. The platform should also comply with Guidelines for Indian Government Websites (GIGW) so that people with disabilities can use it effectively.

Apart from designing the platfrom to look more court-like, there are additional concerns that should be kept in mind while implementing video conferencing in courts. The impersonal

nature of video conferencing should make us vigilant about procedural and substantive due process requirements. For instance, if the accused person is appearing remotely from prison, they should have the option to talk to a judge privately in the absence of the prison staff so that they have the freedom to speak without fear of reprisal. This is especially important since it is difficult for the judge to read body language and emotion on a screen. The accused person’s lawyer must be present in a remote hearing carried out through video conferencing. In Maharashtra this is mandated through an order of the Bombay High Court which directed that at least two advocates from the Maharashtra State Legal Services Authority be kept present in every jail for all remands by video conferencing (Rajendra S.Bidkar vs. State of Maharashtra Criminal Writ Petition No. 386 of 2004). There must also be a provision on the online platform for the accused person and their lawyer to have private discussions which no one in the court system should have access to, maintaining attorney-client privilege. Other jurisdictions such as the United States and the United Kingdom have given provisions for such confidential communications.

For courts to transition to the video conferencing technology, it is important that the technology be implemented on a pilot basis in certain courts and for certain types of cases. Courts should aim to expand the use of video conferencing even after the pandemic is over and hence, the lessons from such pilots can be used for further expansion. It is also necessary that any move towards virtual courts be backed by a strong framework of enforceable rules, that lay out the scope and implementation of digitisation while protecting the privacy of citizens. Further, using the right video conferencing platform is also crucial. While there exist various third party applications, courts will have to ensure that the platform is secured with features such as end to end encryption, and that access to all the relevant data vests with the court authorities.

While these measures are important and need to be undertaken in future, there is no doubt that the shift to virtual courts even in a limited manner will not be easy. The physical presence

of lawyers is integral to the cut and thrust of the litigation process in an adversarial system. Replacing any part of that process with online procedures should be done in a manner that gives citizens and lawyers the confidence that even in a virtual court their case will be heard on merits, while giving a fair hearing to all parties, and utilising procedures that are clearly fair and perceived to be so.

To read more about the Justice Platform visit: https://dakshindia.org/next-generation-justice-platform/ 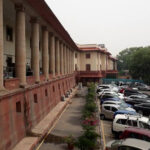 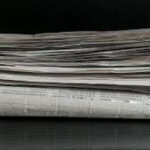 Scope of Artificial Intelligence in Law 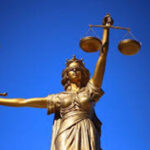