Vishnu Tiwari, 43, was recently acquitted by the Allahabad High Court in a rape case after spending 20 years in prison. His story is illustrative of the tragic consequences that can follow from cases falling through the cracks of a bloated legal system.

In 2003, Mr. Tiwari was sentenced to life imprisonment for rape under the Indian Penal Code and the Scheduled Castes and the Scheduled Tribes (Prevention of Atrocities) Act, 1989. His appeal before the Allahabad High Court was pending for 16 years as a defective matter. These defects are usually in the nature of missing documents or documents in the wrong format and are remedied by the lawyer, and the case gets listed. Mr. Tiwari’s lawyer had no interest in pursuing the case, and the appeal stayed defective. During his incarceration, his parents and two brothers died. The High Court pointed out in its judgment that the State government did not consider commuting his life sentence after 14 years. Shweta Singh Rana, a legal aid lawyer, was handed the case in 2019 when the jail authorities requested the High Court to provide a lawyer to Mr. Tiwari. The process of getting the ‘paperbook’, a compilation of the lower court’s records, took nearly two years. The fact that Mr. Tiwari is now a free man and his case was heard by the High Court is a consequence of fortuitous circumstances and the presence of a few good individuals in the system. A sincere lawyer and vigilant family members, luxuries that only prisoners with economic means have access to, have become essential to secure justice.

Criminal cases involve various institutions such as the police, prosecutors, legal services authorities and forensic labs. Coordination and communication between these institutions are far from seamless. A criminal case’s smooth movement involves several ‘rubbing points’ where progress depends on one institution securing information from another. For example, the prosecutor needs to get the FIR from the police; the police have to submit the FIR and chargesheet to the court; the forensic labs need to submit reports to the prosecutors and the courts; etc. Allowing these various elements of the system to ‘talk’ to each other through a digital platform that standardises the format and content of data across all the systems will allow for seamless communication and will help avoid duplication of data entry and analyses. If such a platform can track cases from when an FIR is filed till the stage of appeal, it is unlikely that a case would fall through the cracks as Mr. Tiwari’s did.

Although the Interoperable Criminal Justice System is on the anvil to integrate the information systems of the various institutions in the criminal justice system, it is far from being fully implemented. A critical factor holding back implementation is that these institutions have already created their own information systems that work in silos and are not interoperable. Priority must be given to speeding up the implementation of such a system that provides transparent, real-time access to criminal justice information to all stakeholders, including accused persons. 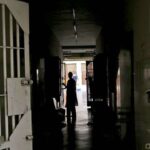 The Trend Of Bizarre Bail Conditions 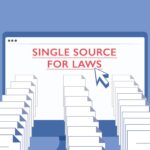 BUILDING A SINGLE SOURCE FOR LAWS IN INDIA – APPROACH AND IDEAS 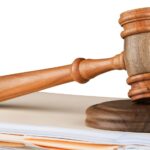